Depending on the nature of the work conditions is applicable:

- By road transport: the General Transport Conditions (GTC), always as the last registered version at the Registry of the Court of Amsterdam and Rotterdam, in the case of international road transport GTC apply in addition to the CMR Convention;

- Contractor guarantees that during the performance of the contract by her or by her engaged carrier (s), at least the legal minimum wage will be paid to its employees, and that the German law on the minimum wage, in particular section 20, will be respected. The Contractor shall indemnify the client against all claims by third parties relating to violation of the Dutch or German Minimum Wage Act.

- On all other work: the Transport and Logistics Netherlands General payment terms, filed with the District Court Hague under Act No. 69/2002;

All disputes arising out of or related to (the) concluded between the parties contract (s) shall be exclusively settled by the competent court in Tilburg. Dutch law applies.

The conditions are to you before or at the conclusion of the contract handed and will be sent free of charge upon request. You can also reread or download  at www.wouterstransport.nl/en/general-terms-and-conditions. 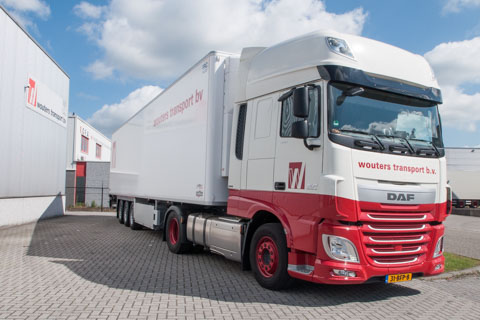